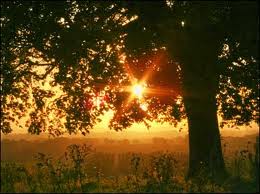 Just a little explanation of why I’m writing this. I know I’m supposed to be a health blogger and to an extent…I AM! But, if you go to my blog, you’ll also see that I’m so aware of the things that impact our health and sometimes it’s things that we are so unaware of. I’m also love Sandi Krakowski’s  http://www.arealchange.com/blog/   approach when she says, “It’s OK if you don’t believe like me…you’re safe here. Not going to jump on you for it!” (Not the exact words). So you all are about to get something that’s had a huge impact on my heart and life…here goes….

When I was at church yesterday, we had a visiting preacher. Pastor Kistler. He’s very well informed and knows ALOT about our country’s history and knows someone who’s associated with the FBI. Here’s what he revealed to us yesterday:

Do you guys remember last March 2011 how the SUV was parked in NY on the street and the vendor reported it to the police. When the police got there they realized that it was loaded down with propane tanks, triggers, electronics switches and shrapnel…here’s the link:

The guy “in the know” whom Pastor Kistler called and asked the “Why didn’t it go off” question, revealed to him….”There is NO HUMAN explaination as to why it didn’t blow”. You see, it ignited and the van was filled with the propane and more HIGHLY flamable chemicals. AND they NEVER exploded. There is NO HUMAN explanation why! His FBI connection did tell Pastor Kistler that IF it had, it would have blown UP, DOWN into the street, and EVERY direction above the street. It would have leveled a whole New York block. Decapitated and ripped bodies apart. That it would have made 911 look like a picnic. The streets were crowded at that time.

It also would have meant that the hero-not trying to take any credit from him. He was VERY brave! He just wouldn’t have been alive to report it! Read how it was smoking! Where there’s smoke there’s fire? Where there’s gas, there’s usually an explosion!

It was later that day, that it was revealed to Pastor that there had been a meeting/gathering in Washington, DC that day with the 5000 gathered to pray for our country. They had 50 selected out of the 5000 to represent each of our states to confess our sins and to ask for mercy on our nation. (Remember Lot asking for Sodom and Gomorrah to be spared if there’s (finally) just 10 righteous men? The Lord agreed–but there just wasn’t that many!) Well there were 5000 that day with “like minds” to ask for protection for our nation!!

You think your prayer doesn’t matter? My prayer doesn’t count? Have you thought lately that it took the ONE prayer of Moses to keep God from wiping Israel off the face of the earth during The Exodus? ONE?

If the prayers of those people that day in Washington saved thousands of men, women, children and babies…don’t you think that maybe OUR prayers are important not only for our families—but for our country? HOW POWERFUL! HOW WONDERFUL!! We have the best weapon for HOPE than anyone else can imagine!! To stop an explosion that had NO HUMAN reason not to devestate!

I don’t know why The Lord laid this on my heart this morning…I only know it’s NECESSARY that I do it.

We have such powerful HOPE! We have the tool to turn this country around right in our hearts! Pray people! Women and children at home. Pray!! “Where two or more are gathered…” and when we get discouraged remember Nehemiah!! The lies, rumors, being made fun of? He kept about his work and (LOL) WOULDN’T EVEN BOTHER TO COME DOWN OFF THE WALL! Kept to his work, though armed for the fight. Swords on and lookouts on guard!

I will end this on the FBI “connection” man’s quote: “GOD IS GOOD.” (See there are still “Daniel’s” in places of authority!)….Hope is an immune building emotion! 😉