War on Debt – Enemy of the American Dream 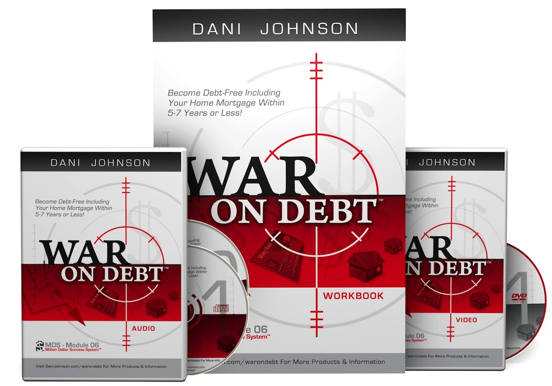 We’ve been self-employed for 30 years of marriage. Most people think that being self-employed means that you’re “rollin’ in the dough” & you can come & go as you please! A little slice of heaven. But what MOST people don’t know~is that when you own your own poultry farm, you’re responsible for EVERYTHING. I won’t give you a tax lesson here, but it will suffice to say, that it’s TOUGH being self-employed.

We also had 6 children-which isn’t cheap raising them, but we were still OK! We pretty much had everything mapped out for our lives. We had plans to remodel the old “homeplace” that was to be my husband’s part of the inheritance~which was ideal BUT THAT  didn’t go the way that we thought it was going to go!  So,  we ended up having to build a house for our family of 6 ~ and BAM we’re in our LATE 40’s in debt for a home!

Things have really changed in the last 4 years for us! NOT ONLY the debt of the house~ but one got her license, another her permit, one starting school in July…I probably don’t have to tell you all about this, because you may know someone with a similar story! My husband & I really don’t have THAT long until retirement coming up!

Recently I was introduced to Dani Johnson. She is a successful and sought after business trainer that went from homeless to millions. Just like you and I, she has a unique life story to tell. She overcame hardship, failure and challenges –from being broke to earning millions and impacting lives with her program – War on Debt!

She said 69% of Americans carry some type of debt every month. Debt has become the modern day slavery. Time Magazine reported that our overall debt levels rose at the fastest rate since 2007 and we are still in debt despite the economic awakening of 2008.

The Federal Reserve Bank of New York shows a $11.52 trillion consumer debt. It is increasing by the day. These debts may include mortgages, auto loans, student loans and credit card debt. The article continued by quoting that debt level increased in the last three months of 2013 by 2.1% ($241 billion).

What are we to do about our own debt?

Dave Ramsey who has helped millions of American get out of debt said this:

Debt is so ingrained into our culture that most Americans can’t even envision a car without a payment… a house without a mortgage… a student without a loan… and credit without a card. We’ve been sold debt with such repetition and with such fervor that most folks can’t conceive of what it would be like to have NO payments.

Are you looking for ways to learn how to get out of debt?

I would like to share with you Dani Johnson’s War on Debt Home Study Program. This program comes with a workbook, audio and video that has helped thousands to pay off debt, keep track of where your money goes. It also shows you
•    Step by step instructions to bring your debt to zero
•    Shows you the difference between wise and foolish spending
•    How to control your money and direct it to the places you want it to go
•    Identify where money is wasted and use it towards paying off debt
•    How to have the mindset to fight debt

The Dani Johnson’s War on Debt Home Study Program gives us all the tools we need to gain control and be set free from the modern-day slavery.

If you are sick and tired of working hard and seeing your money disappear every month before you can even enjoy it, I want to speak with you. We can gather online or offline and learn together- on ways to eliminate debt and take charge of our hard earned money.

Either purchase the War on Debt Home Study Program at $99 or if you are in the North Carolina area join me to learn about War on Debt. You can purchase your own home study program and learn it at your own pace in your home, start your own group in your community or use it as a home education tool to teach your kids the truths about money and modern day slavery. 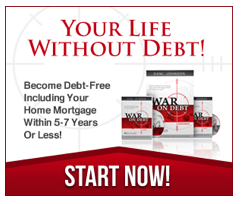 If you want to join me, please send me an email at betterliving@yadtel.net.

According to Kiplinger, America is the richest country in the world. Ironically we have the highest percentage of people living paycheck to paycheck. Are you tired of living that way? I AM!!  Let’s connect and get ready to “War on Debt”.

Disclaimer: This information is for informational or educational purposes only. The War on Debt links are referral links.